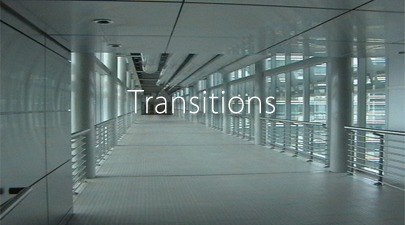 Advice for changing your career

If you want to make sure you don’t have the same career this time next year, then you’ve landed on the right page.

Do you know / feel you are in the wrong career and want to make a “career transition”?

Do you now realise that you “fell into” your current job?

Are you looking for insight, skills and practical help to transition into a career where you can effortlessly excel?

Last month THREE people successfully transitioned career through this Amaze programme. Why shouldn’t it be you?

How will I know if I have to do something soon?

It also could be…

If any, or all, of the above, resonates with you, then you have found the right organisation to engage with.

Our research suggests there is a 95% probability that the Amaze approach will result in you making your successful career transition.

So what could be holding you back?

Maybe lack of information, lack of skill, lower confidence, greater fear of it not working, belief that you should be able to sort this yourself, financial issues, self-doubt, time, lack of support, lack of clarity, too much stress, other people, poor personal well-being, money issues, comparing and despairing or not knowing what you should be doing?

All of these issues are usually eradicated once you commit to working with Amaze. Others who have completed the programme have reported these benefits.

Others have reported the following.

Doing what you love is where happiness is.

It is the ultimate pay cheque” ………. Billy Connolly

Ray had been working as a financial advisor for five years but was very uneasy. He knew he was capable of a lot more and was looking for a role that challenged him at a higher level; a role that was in line with his own strengths and untapped talents. He knew he was good at his job, but it was ‘hard work’; harder than it should have been. Friday could not come quick enough and Monday always seemed to start at lunch time on Sunday. . He wanted to be ‘great’ in his career and make a real difference.

During the Amaze sessions, Ray was able to fully discover his natural strengths and transferable skills He began to understand all the elements of his ideal role; what kind of environment and manger he needed to perform at his best. He discovered about 50 jobs in 5 sectors where he could naturally excel. And all within areas that Ray was passionate about anyway.

He began to focus on the plan he devised with Amaze™ and he made the successful move within fifteen weeks. He is now earning more than he had in previous jobs but doing what he loved to do. (Note: The owner of the company has suggested that in the current recession climate, and in the light of his outstanding contribution, he considers Ray to be the most important member of the team and would not entertain ‘letting him go”)

“I only wish I had worked with Amaze™ sooner. I could have saved myself a lot of heartache and time. I love my current role; it doesn’t feel like hard work.

What are the Amaze options?

For more information on each programme simply click on the name, or follow the link from the left menu.