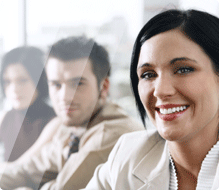 Gavin was already the number one direct sales person within his organisation from a team of nineteen. This success had made him keen to progress to higher levels of achievement and responsibility. Feedback however from the directors in the company suggested that, though capable and strong in his current role, he was unlikely to be selected as a candidate for the key accounts team as they felt he lacked some of the higher order competencies necessary to do large deals at multinational / government level. His sales director, however, was keen to give Gavin practical support so he could at least compete for the role during 2016. Amaze were asked to guide, unlock and develop Gavin’s potential.

Not only was Gavin able to compete for the role when it was advertised, he was by far the best candidate within the selection process when measured against five other high-achievers from within the industry. He started the role in March ’17 and is currently 25% ahead of target.

“Once Amaze helped me to identify my core strengths, we were able to devise a set of practical strategies that I could execute during 2011. It was not easy at first. But Amaze helped me realise what was holding me back and helped me make the necessary behavioural changes I needed to make. Getting the promotion was so worth all the effort and commitment. I couldn’t recommend the process highly enough .”