Joe is a professional drummer who has been in the business for about 30 years. He had become accomplished within his own genre of music but knew he was capable of more. He wanted to make himself more accessible to other booking agents as well as developing a better technique in those areas. 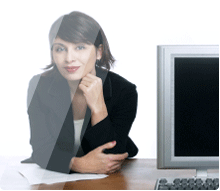 Within 5 months, Joe was signed to do a tour with a major orchestra. Now he has multiple revenue streams and greater options. His technique had improved from doing independent rudiments at 240 BPM for five minutes to 280 BPM for 9 minutes in the same timeframe. And he found his new practice regime more enjoyable and looked forward to practicing more than he had since he was a 15-year-old teenager starting out.

“Does it work. Absolutely! I never thought I would be touring with one of the hottest acts to emerge in music. Now I am. The programme was a huge help to getting me out of the regime I was in and into this one. And now it’s happening. Cool.”