This services company had been trading for about eighteen months when the CEO contacted Amaze. Business was good and growing. But with this growth came extra pressures that were not a part of their previous roles as part of larger corporate organisations. The work never seemed to end, there was no “work-life balance”, decisions were being tentatively made without reference to knowledgeable peers, the initial risks associated with the strategy suddenly seemed a lot bigger and the marketplace was changing at a faster rate than was first thought. 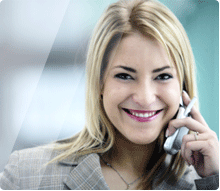 The owner engaged Amaze for a three-month coaching intervention that allowed for regular coaching sessions and telephone support. These sessions were designed to address the specific issues that were preventing the owner from performing at the levels that they had normally expected from themselves. Specific strategies were developed that allowed for the risk elements to be reduced and more productive time to be made available during the working week.

“I responded well to what seemed to be a more holistic coaching approach. The issues are still in the business and I still need to address them. I now feel more equipped to generate my own clarity around the key issues and I’ve just signed my biggest deal ever.”